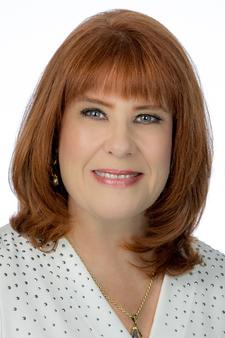 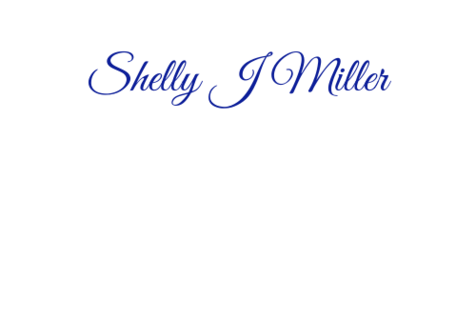 My name is Shelly J. Miller and I am a Psychic, a Medium, an Akashic Records-Past Life Reader, A Transformational Life Coach and Teacher of A Course In Miracles.  I was born with my Spiritual Abilities intact and have been Reading and Coaching professionally for 30 years. I am a published Author of the Psychic Advice Column “Ask Shelly” for Radiance Magazine and have my own Radio Show and Podcast Called Finding Your Peace with Shelly J. Miller on BBS Radio 1.  Look for the Podcast on I Tunes, Google Play, and all your favorite Podcast stations.  You may also view my work on Shelly J. Miller Psychic, Medium You Tube Channel.  See below for more information.

I was conscious of myself as a ball of Light that would soon join with a baby body in the house I hovered over before birth.  I pondered my last life in Nazi Germany and then joined with the infant body that would be my “Earth Suit” this time round.  As an infant, I was consciously connected to the Spiritual Realm and could see my Guides in the room and communicate telepathically.  I was able to read energy and could discern who could be trusted and know the intentions of others and what would happen in the future.  At the age of 2 ½, I looked down and saw that I was wearing baby sleepers and realized that I had reincarnated and was very angry that God would send me back.  I determined then to leave the body and return to Spirit sailing out of the top of my head and out of the body as much as possible.  Alas, it was not meant to be as the sickness I manifested to end my life was healed, and I recognized my Father from another life and knew if he was here it would be okay to stay.  It was then that I also determined that this lifetime would be my last, and I would find a way to a permanent experience of Heaven, One with God. At the age of 4, I remembered that I had come to work with sound and music and promptly began performing and eventually became a professional singer songwriter at an early age, remembering and utilizing sound frequency healing years later. Later in life I also channeled two beautiful songs, with my songwriting partner, Zanuck Kapala Lindsey, from Blessed Mother Mary whom I was in communication with.  As a young child, I was able to watch color tv on a black and white set.  At the age of 5 my Guides told me that they would be stepping back so I could learn the lessons I was here to learn, but assured me they would be back at an appointed time.  I cried at this news and began a bit of a descent into the lower vibrations of ego and fear.  I did continue to have many supernatural experiences of visitations from people I would meet in the future, I could hear the Nature Spirits, remembered past lives, and was visited by the Arcuturians a Galactic Brotherhood of Light. They came through my walls on two occasions without using the door, and I recognized them and that we were connected.  At 19, I saw myself floating above my body and realized there was no death.  The Arcturians suggested I could meet with anyone in the Universe and as I said “Einstein”  I was drawn up through the my bedroom ceiling that opened to the Universe and walked and chatted with Einstein in another dimension for what seemed to be for a week in a place that appeared as a University with great white columns. The next morning I was back in my bed, but my interdimensional journey had reawakened me to some degree.

In college around the age of 19 I realized I was being Divinely Guided again and could hear my Guides and followed in faith their directions. I was able to see Spirit at the end of my bed.  In the 80’s I came back online and was told not to read any of the spiritual books I had collected as they wanted me to know I would be taught from within and not think I had gotten the information they were sending psychically, from a book. By 1991 I was on a full conscious multidimensional experience and was dubbed
“The Wide Receiver” by the Spiritual Hierarchy. This was a personal joke by the Spiritual Hierarchy who psychically pictured me wearing a football helmet with a satellite dish on top),  as I could receive and communicate on all  frequency bands with the Spirit Guides, The Galactic Brotherhood of Light, the Angelic Realm, The Ascended Masters.  I eventually became a full body channel for a Light Being and a Channel for a member of the Devic Kingdom. I also released trapped Souls and helped them to find the doorway of Light and did interdimensional clearing.

In 1992 I met my Spiritual Mentor, Velvalee Campbell, a Spiritual Teacher and psychic painter whom had been Divinely Guided to paint a living painting of the Blessed Mother Mary that manifested the living energy of Mother Mary. The stars in the sky would shoot across the canvas as people would smell the roses she held in her arms representing humanity. The painting was taken to Soviet Union while it was still communist, as a man on a train that my mentor was traveling on was given the gift of a print of the painting, and he felt  Mary’s heartbeat as he held the picture in his hands,  As it turned out, he was the Governor of a Region that had been closed to Westerners for 50 years and soon he had the KGB take  my mentor and the painting to be experienced by Soviet Scientists, University professors and other officials as they listened to Velvalee’s message of the importance of choosing love over fear and that “In our hearts we are One”  I joined Velvalee in California, Hawaii, the British Isles and the Netherlands for these incredible demonstrations of love and healing for those who were gathered and slain in Spirit as Mary’s love poured through them.  This is where I learned that I too knew how to identify thoughts of fear and turn them to thoughts of love.  This is the basis of the work I do today in my Readings Coaching and Teaching.

Despite my Cosmic connection, at the age of 33 I asked God directly how to find peace and stability in a world of constant change.  In response, I was led on an inner journey of awakening to Christ Consciousness by learning to release ego and change fear to love.  I have incredible stories of faith that I may one day share in a book.  In 2013, I was introduced for the second time, to the Non dual Teachings of Jesus in A Course In Miracles.  Applying the principles, in 2014, at one of the most challenging times of my life, I received Guidance to drive myself to a nearby harbor where I spent an hour beseeching God for my external circumstances to change that I believed would relieve the pain I was in.  There was an audible “click” in my head and in an instant, I had a Divine Revelation of God, and experienced the answer to the question I had asked God 24 years earlier.  I understood that eternal peace and unconditional love of God exist within us, and nothing need change outside of us for us to experience the Heaven within.  A second Divine Revelation happened that same year, and I was told by Spirit that I would become A Course In Miracles Teacher, helping myself and others find their way to love peace and joy that lasts, thereby ending the illusory cycle of birth, death and rebirth.

This show is dedicated to helping you move into an experience of love peace and joy that lasts.  Using the principles of Jesus from A Course In Miracles, you will learn how to transform your life by becoming Miracle Minded. Heal yourself, your relationships, your finances and gain clarity about any issues or circumstances you are experiencing, by understanding how to “remove the blocks to the awareness of Love’s Presence within you”.  Look for Finding Your Peace with Shelly J. Miller on I Tunes, Google Play and all your favorite Podcast stations.  Find more help and information from me on my You Tube Channel Shelly J. Miller Psychic, Medium, Akashic Records Reader.  I will offer two playlists.  One playlist will feature the  Metaphysical, Psychic, Mediumship, Akashic Records and Stories of Spirit.  The second Playlist will feature the Finding Your Peace Podcast and all things related to Spiritual Awakening.  It is my life’s work to assist children and adults to awaken spiritually and transform their lives and this world and beyond by becoming aware of themselves as true Sons of God who are the Salvation and Light of the World.

Yours in Love Peace and Joy,